If you are a fan of tower defense, you just can’t miss Bloons TD 6! What is so special about this particular game? First of all, its high-paced, dynamic gameplay. Everything happens very quickly and before you manage to fend off the first wave of attackers, there already comes another one. You barely have time to make decisions and come up with your next move. It’s a chaotic whirlpool that pulls you in from the very first seconds, with infinite troops of enemies rushing in on you and your ability to act on the fly means a lot if you wish to succeed. In terms of game speed and amount of action, Bloons definitely proves to be more intense than its counterparts in the genre.

Secondly, there is so much content for you to benefit from. The number of units you can use is just immense and there are different improvement possibilities that you can incorporate as you view best. Upgrading requires experience points that are earned by making frequent use of a certain tower. The more it participates in the battle the more experience it gets that can further be spent on unlocking various upgrade trees. Initially, there are three of them for each tower and more are added later. But only one of them can be evolved higher than level three. That means that two identical towers can be enhanced with powers and abilities that totally differ. This variety is justified because there are also different kinds of enemies you will come up against. Killing them will require you to use all possible effects, so you the more diverse your line of defense is the more chances you have at beating the level.

Another useful feature that will come in handy in battle is the ability to summon special hero units. They too possess unique powers and wield different weapons. Some would shower bloons with arrows, others will explode them with a handful of aptly hurled grenades. Together with a craftily fortified camp, they will give you an extra bonus in protecting your base from destruction in the most critical situations. Unlike towers, heroes can’t be upgraded at will and improve automatically, so you don’t have to do anything about them other than summon them to the battlegrounds when you could use additional firepower. With plenty of levels to overcome, charming vibrant graphics and the heated atmosphere of non-stopping combat, Bloons TD 6 is definitely a game you should add to your playlist! Start discovering its perks right on our site! 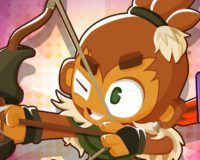 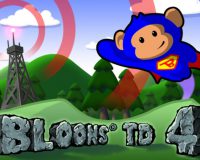 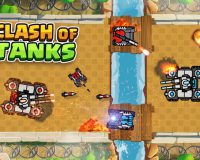 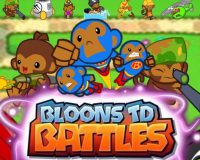 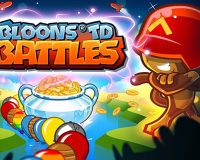 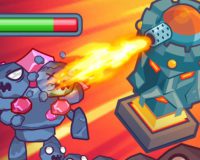